Why Using Google for Legal Problems Will Kill Your Business

Imagine yourself a half mile off the coast of Southern California. You want to go snorkeling, and you’re about to jump off a boat into the Pacific Ocean. You were visiting this area and did some quick research on best places to snorkel and found this lovely location as a top choice.

You can see crystal clear water and bright blue, green, and red coral beneath you. And you’re pumped to have your mind blown swimming with sea lions, sea turtles, and tropical fish you read about.

Before you jump in, let me ask you this.

What if you knew ahead of time there was an electrical short-circuit at a nearby oil rig that happened the day before? And that if you jumped in, you’d be electrocuted and eventually drown? 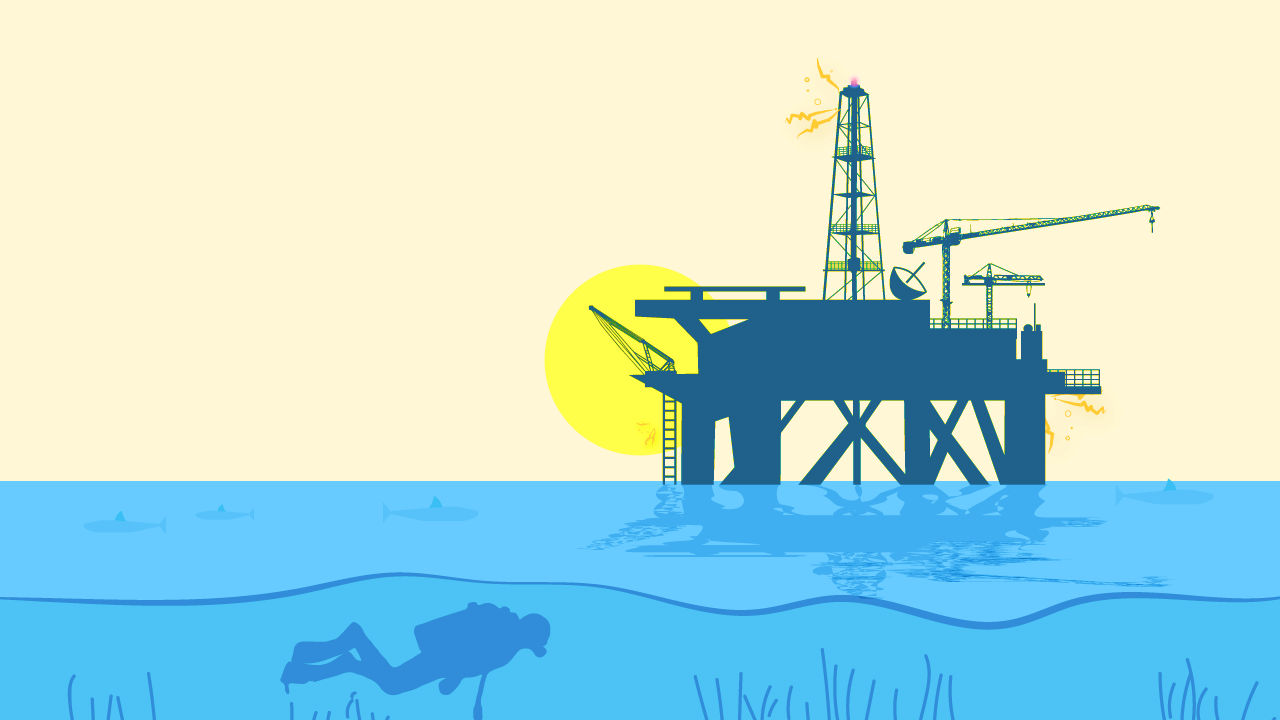 Of course you’d change your mind. But that’s kind of silly because how could you possibly know there was a short-circuit nearby?

You wouldn’t. Here’s why. No one would think to research something like that before going snorkeling. If you’re looking for snorkeling, you’re simply searching for a place with pleasant scenery.

You’re not going to think to look for information to confirm whether there are dangerous things in the area that could harm you.

You might see if there are sharks in the area because everyone knows about the dangers of sharks. But, there will always be other possible dangers--like jellyfish or other harmful sea creatures, oil spills, etc.--that you won’t research about ahead of time. And the reason is simple:

This is why Google can kill your business.

But first, one major caveat: Google is really an INCREDIBLE resource. That’s Captain Obvious stuff, right there. Without Google, you wouldn’t have known where to go for the best snorkeling site in California!

And not only that -- Google is a great LEGAL resource. If you know what you’re looking for, Google can save you a ton of money vs. hiring an attorney or paying $$$ for an online contract template you could find for free with a Google search.

But putting aside the joys of Google, there are three problems Google doesn’t solve that will kill your business.

The 3 Problems That Cause Google to Kill Your Business

The problems are that:

Google doesn’t address any of those problems. Instead, it creates a false sense of security that consistently destroys thousands of businesses each year that make avoidable legal mistakes.

Let’s start with the first problem.

If you’re going to know you shouldn’t jump in the ocean, you first need to know there’s a problem--there’s an electrical current nearby.

Of course, if you knew to check whether there were electrical currents in the area, Google would’ve been great! You would’ve gotten the information you needed and avoided that deadly snorkeling trip without a doubt.

But how does that apply to the legal world? 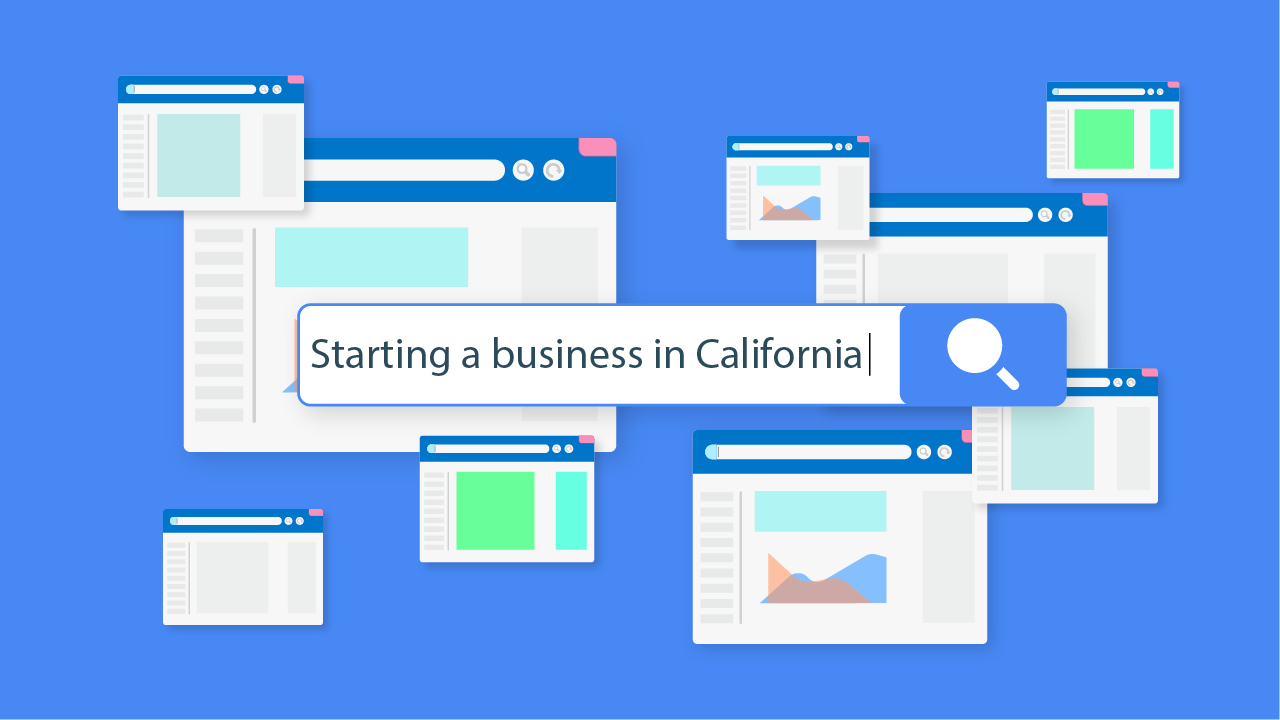 You’d do this because you need to get some information about starting a business, and you already know there are some legal formalities required.

If you did that search, here’s the top article you’d get: 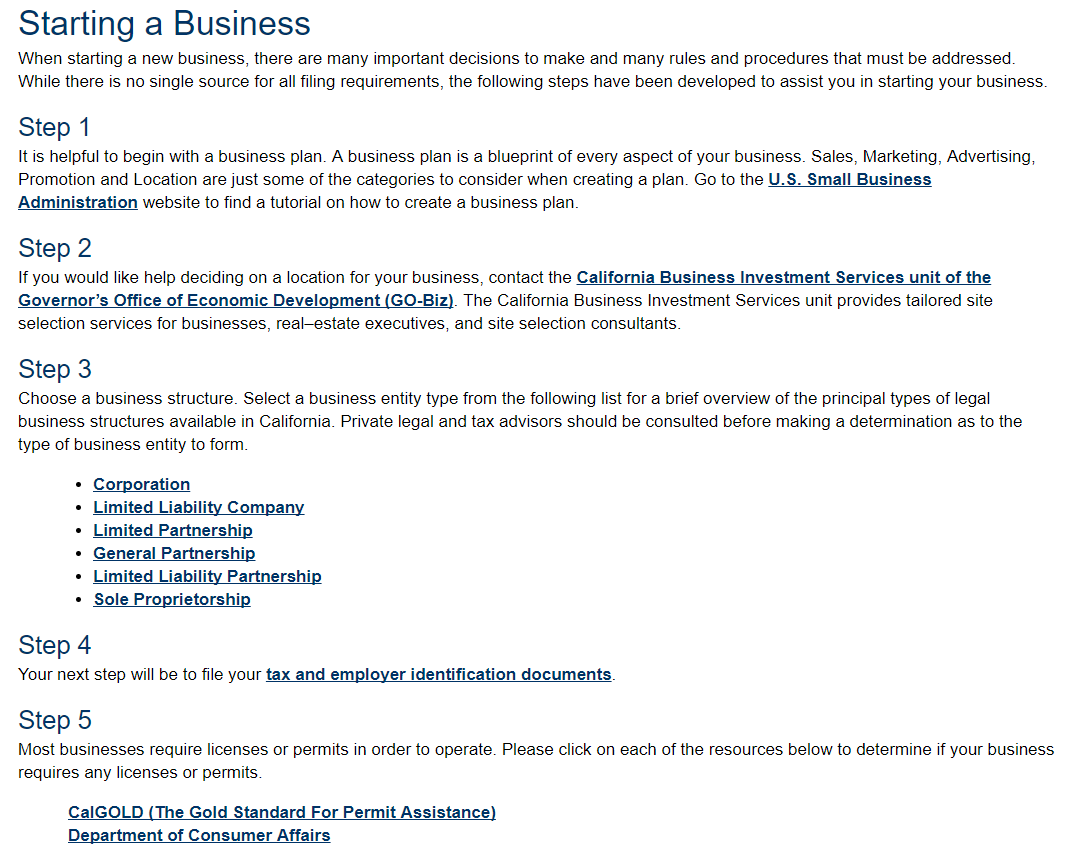 From this, you’d know that you need to select a business structure, file for your tax IDs, and look into filing for licenses and permits.

If you continued to read other articles, chances are you’d find advice about hiring employees and contractors.

And if you were aware of other legal issues you needed to check out, then great. But most early stage companies don’t. It’s because if you “don’t know what you don’t know,” you wouldn’t have even thought to research these issues. If you never had encountered a problem before, chances are you wouldn’t know to look it up.

And no matter how much time you have to search, there’s always going to be lots of common legal problems or issues that new companies have that won’t show up in a general search for “starting a business in California.”

It’s like in our ocean example. You knew to search for the best snorkeling locations. And you might’ve known to look up “shark attacks” because everyone knows about that problem.

But, “electrical currents?” No way. Literally the only person that might look that up is someone who’d been electrocuted in a similar scenario. That’s it.

So what happens for the legal problems you don’t know to research when starting your business? Here’s a fraction of some of those issues: 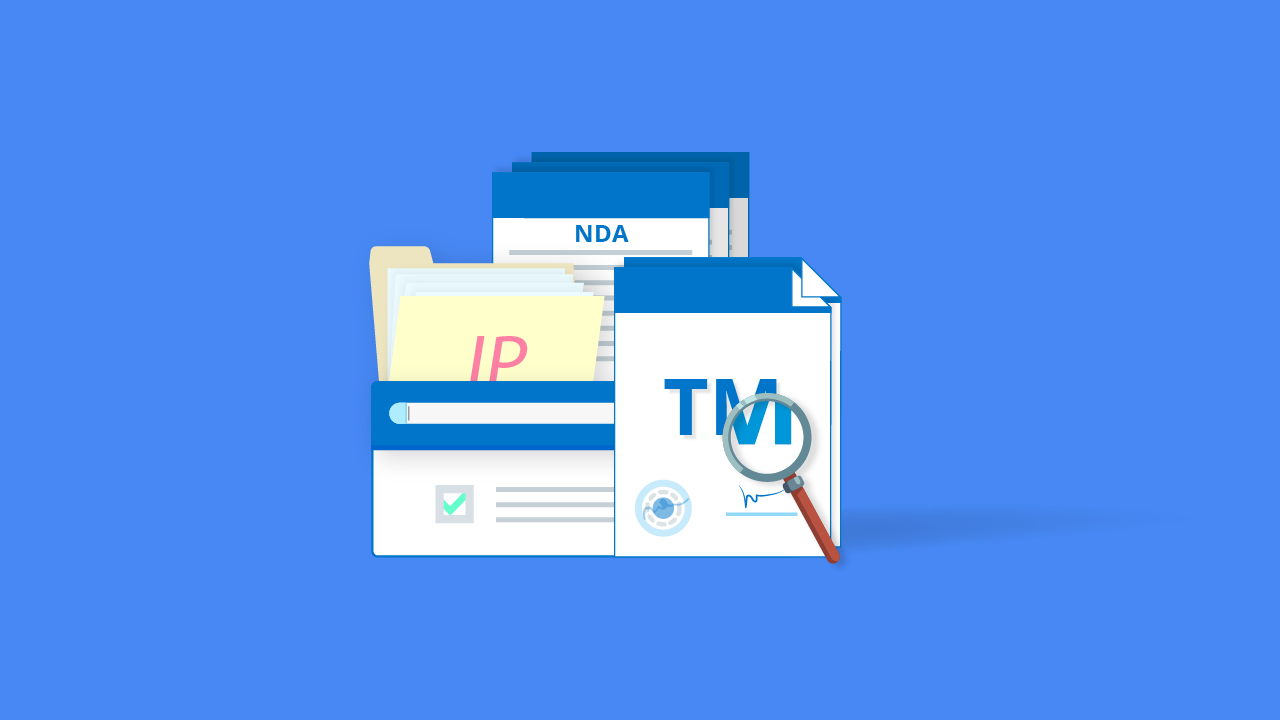 And that’s just a sample. We put together a list of over 125 other common mistakes that entrepreneurs made, and there are many more than that.

So, this is the first problem. And it’s a major one. Most entrepreneurs just simply don’t know about “it” -- “it” being the dozens of legal problems or legal issues they need to take care of.

This is especially awful because it’s preventable. For almost all those problems (more than 80%), it’s stuff you can DIY. As long as you know you need to do it and have a little guidance.

But, knowing the “it” is only part of the equation for avoiding the problems Google presents.

The “why” is just as important. Let’s say you knew there was an electrical current near your snorkeling location from an article you read. You didn’t think anything of it, though, because it’s not like you’re going to touch the oil rig! You’re over 50 feet away from the rig.

The “why” is that water, especially salt water, conducts electricity.

It’s similar to someone telling you that you need to have a written agreement with contractors. You might think that’s only necessary when you don’t really know the person.

Like, let’s say you’re having a friend design your website and logo. But, he’s your friend, and written agreements aren’t needed when you guys agree on a price and agree that you’ll both be fair.

But if you knew the “why” behind needing a written contract, it’d change things. One reason: your friend will own the design of your website and logo under copyright law unless you have a written agreement indicating otherwise.

Also, what happens if your friend thought he was just designing the home page? Not the blog, the FAQ, contact page, or anything else? You just said “website,” after all. What if that causes a disagreement about how much work he signed up to do. 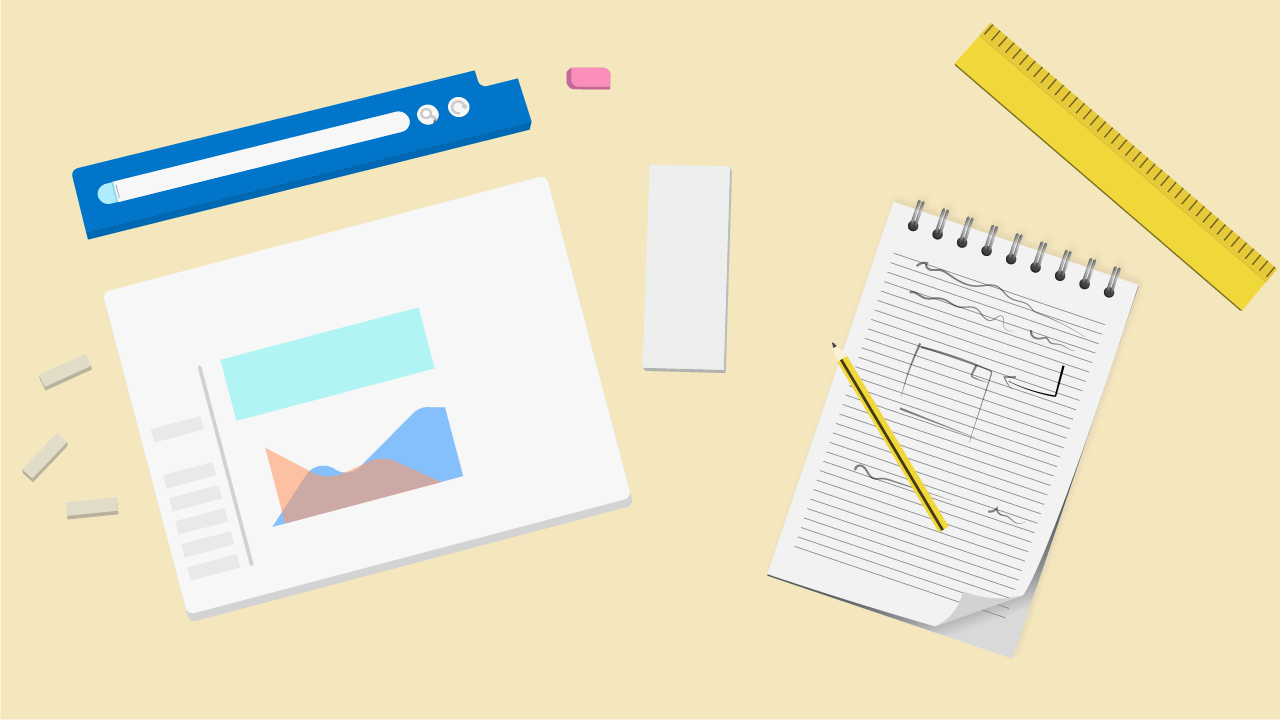 Not having your agreement in writing just causes a lot of headaches for you because you haven’t spelled out the terms of the expected deliverables.

If you knew the “why” as to what you should do, or “why” something is a problem, you’d be a lot more likely to do it.

3. You have to know the “pain caused by not following the why.”

It’s the “pain of not following the why” that usually resonates best with entrepreneurs.

Back to the ocean -- and this example is a little more ridiculous, but, bear with me….

But, you don’t know the extent of the pain.

In fact, all you remember is touching an electric fence when you were a kid to test if it worked (true story from the author). And that it was a sting but no big deal.

So, you look it up on Google and you see that “yeah, if you’re within a certain amount of feet of the electrical current, it could be bad,” but after your research you decide you’re far enough away. So you touch the water just to test, and it doesn’t really sting.

So it’s a “once in lifetime thing,” you think -- you’re only out in this area once, and may as well just suck up a small, temporary sting (if any) to see all the beautiful wildlife in the sea beneath you.

What you didn’t know was that electricity could cause you to drown. It’s not necessarily going to “electrocute” you in the way everyone sees in the movies. Instead, the electrical current paralyzes your muscles, causing you to be incapable of swimming, which causes drowning.

You knew the “it” - electrical current.

You know the “why” - electrical current in water could cause electricity.

But you didn’t know the “true pain” - that it’s not from electricity, which you just tested, but from drowning.

That’s what happens in the legal world.

Like in our last example about having a written agreement with contractors. You now know that if you don’t have a written agreement, then your friend could own the design of your website and company logo. And you know that you need to specify the deliverables you’re expecting from him.

But you also need to know the pain.

What if your company takes off right when your logo is getting a lot of recognition. So you try to register your trademark before it’s too late but find out a competitor has purchased the rights to your logo from your friend.

You’d still be able to use it wherever you were doing business, but that’s it. If you wanted your business to expand, you’d have to switch logos and lose any goodwill that came with it.

Losing goodwill is a real pain.

You’ll lose customers. Your reputation could be tainted if the competitor develops a bad reputation (people will equate his mistakes to your company). Your advertising dollars won’t yield the return it used to because you’re essentially splitting the profits with your competitor.

Same thing with the design of your website--he can sell the rights to that. Then suddenly your website doesn’t have the same unique feel it used to have.

Now, bringing this all together...

So why does Google kill businesses? 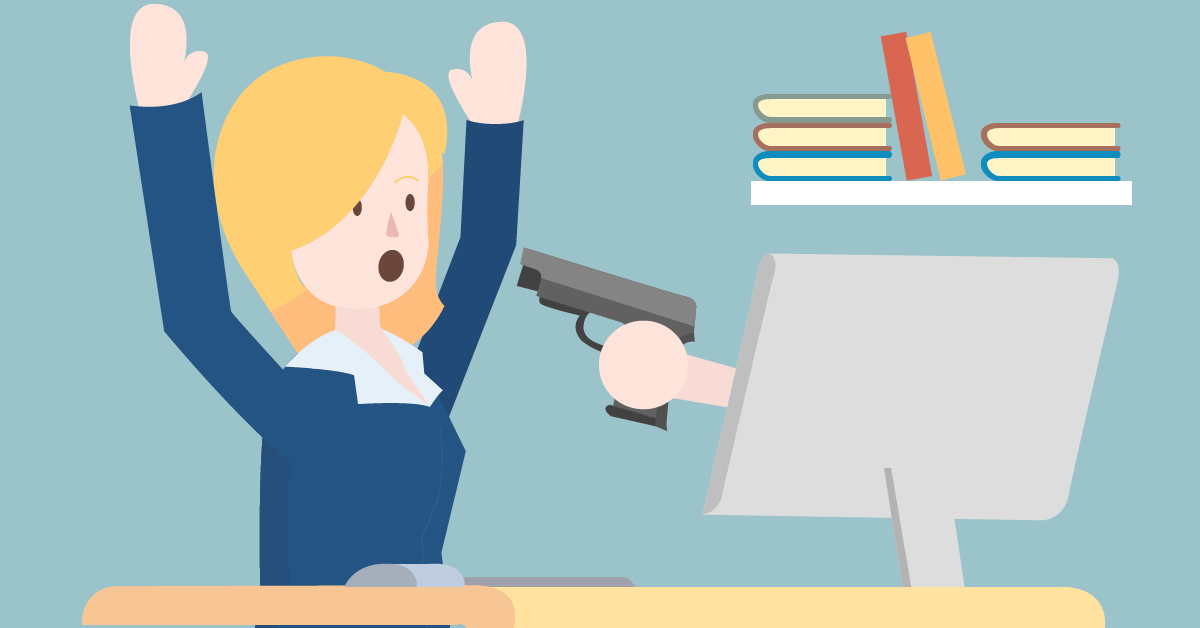 It’s because people rely almost solely on a resource that can’t possibly know to provide search results for a search that never existed.

People rely on Google, which prevents them from knowing

It’s because you can’t know what you never searched for.

But Google is better than nothing, right?

Sometimes, except when it’s not. If the choice is “nothing,” (that is, “no Google”) you at least still know you might be overlooking something. You might have a lingering anxiety thinking you probably should consult some professional to confirm you’re doing everything right.

This was like the pre-Google era. Then, business owners used to seek out one-on-one advice from attorneys, small business centers, mentors, etc. who were able to catch those “don’t know you don’t know” issues.

Now, at least sometimes, a Google search can make you think you have things figured out. Google has helped allay some of the anxiety people have about knowing they were probably overlooking something critical. And this could create a false sense of security.

But truly the worst part of relying on Google to solve legal problems is this: you now don’t usually research something until you know it’s a problem that needs to be solved.

With most other issues in a business, that’s OKAY! You might miss out on some early revenue, but waiting to be reactive to a problem usually won’t destroy the business.

That’s not the case with legal issues, though. You have to know about the possible problem before it happens. Because once it happens, especially with early stage companies that can be ruined by any minor setback, it’s too late.

So, Google is a plus for businesses in many ways. Now, entrepreneurs feel more confident about solving their own legal problems--and that’s GREAT! Because it opens the door for many more entrepreneurs to pursue starting businesses in a way that wasn’t possible before.

Just make sure you know what you’re doing before you jump in the water.

(NOTE: Learn about 62 other common avoidable mistakes you could be making so you can solve them on your own with your free Complete Legal Guide to Running Your Company).

Get your Free Complete Legal Guide